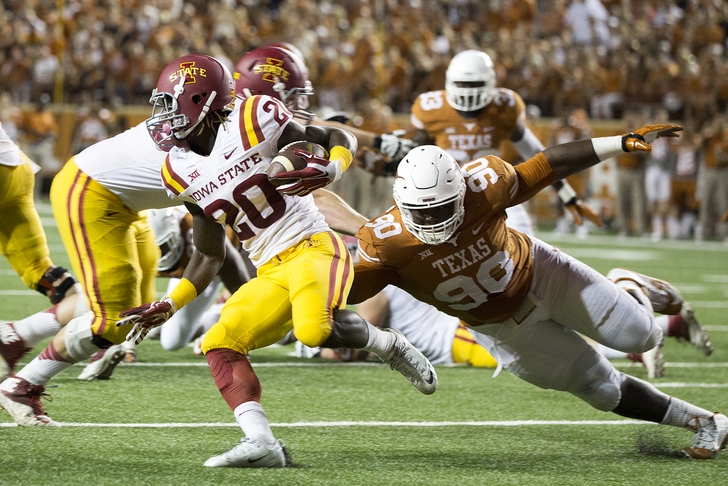 ESPN NFL Draft analyst Mel Kiper Jr. is among the many who believe that the Detroit Lions will have a tough time re-signing defensive tackle Ndamukong Suh, regardless if they decide to use the franchise tag or not.

If the Lions opt not to invest a huge portion of their cap space in Suh, Kiper believes that Texas Longhorns DT Malcom Brown presents a great fit for the team - sending him to Detroit in his first mock draft of 2015.

"Yes, there is some speculation that Detroit could franchise Ndamukong Suh or find a way to bring him back in free agency, but given other salary commitments, we know that's going to be tough," Kiper wrote, via MLive.com. "Fortunately for them, the defense around Suh improved in 2014 under the direction of Teryl Austin, and there exists the opportunity to find help at defensive tackle in the draft."

The Lions' biggest needs heading into the draft appear to be on both the defensive and offensive lines, and Kiper believes that Brown presents one of the best options for the team if they were to look defense first.

"Brown is one option," Kiper wrote. "While he won't provide the same pass rush Suh does (few can), Brown is an absolute beast against the run and will hold the point of attack. Like Suh, he's also proven to be durable."