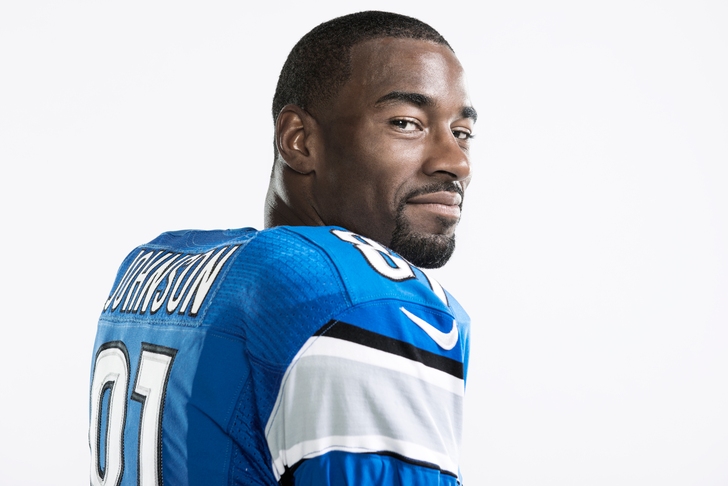 For the latest Lions rumors and news, download our 5-star iPhone app today!

The Detroit Lions are in great shape in the NFC North and could very well stand pat before the October 28th trade deadline. However, Calvin Johnson's injury continues to raise questions in Motown as the team remains extra careful with his health.

When will Johnson return? We'll give you the best educated guess we can find in this latest Lions Rumors Roundup.

Being Careful With Calvin Johnson

Per Rotoworld, Lions coach Jim Caldwell will not consider starting Calvin Johnson in Week 8 unless he is completely cleared to go.

So...When Will He Actually Return?

Caldwell did not rule out the notion that the Detroit Lions could hold Megatron out through the team's bye week in Week 10, despite the fact that Johnson will reportedly travel with the team to London this week.

“I do not hold a medical degree. It may appear I do from time to time to you, maybe, but I don’t,” Caldwell said, via Rant Sports. “The fact of the matter is I leave it up to the doctors. Those are the professionals. They know exactly what it takes.

“Them in conjunction with Calvin and how he feels, they treat not only symptoms of the situation but also the patient as well, in terms of how he feels. So they’ll let us know what’s the best path to take.”

The "best path" to take with a high ankile is usually to err on the side of caution. Don't be completely surprised if Week 11 is the first you see of Johnson since his injury.

If Suh Leaves, Then What?

According to ESPN's Michael Rothstein, a Ndamukong Suh departure after the season could give the Lions flexibility to re-sign both DeAndre Levy and Nick Fairley to reasonably large contracts:

Don't forget the jump in cap here, but yes, theoretically the Lions could handle contracts for DeAndre Levy and Nick Fairley if Ndamukong Suh would leave. That said, I don't know if the Lions would re-sign Fairley even though he is having a good season. There are definitely questions about whether this motivation is due to a contract year or everything finally clicking for him.

The Suh situation is its own beast, but the Lions would have plenty of financial freedom to work within if the fearsome pass rusher is out of the picture in 2015.