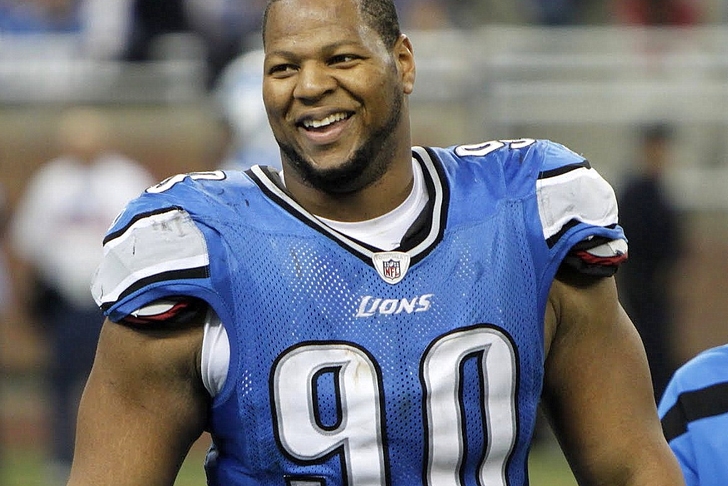 Detroit Lions defensive tackle Ndamukong Suh will be the most sought-after asset in free agency come March 10th if the Lions don't swing a long-term deal by then. If not, the Oakland Raiders are one team well-positioned to offer Suh a fat check to jump conferences and coasts.

That’d be perfect in the eyes of Raiders defensive end Justin Tuck, who told radio row at the Super Bowl XLIX festivities in Glendale on Thursday that Suh “seems to be an Oakland Raider,” also adding that he'd love to see Suh don the team's trademark Silver and Black.

Via Dave Birkett of the Detroit Free Press:

“(He’s) Raider-ish,” Tuck said. “And that’s one of the reasons why I know Raider Nation would applaud that move, beyond the fact that he’s an awesome football player. He kind of fits the mold of … the toughness and the ferocious player that built the Oakland Raiders.”

If the Lions can't come to an agreement on a long-term contract with Suh, there's also a chance the team could pony up $26.7 million to franchise tag the dominant defensive lineman in 2015 - a move that once seemed unlikely, but may not be that farfetched if Detroit GM Martin Mayhew's recent comments on the matter are any indication.