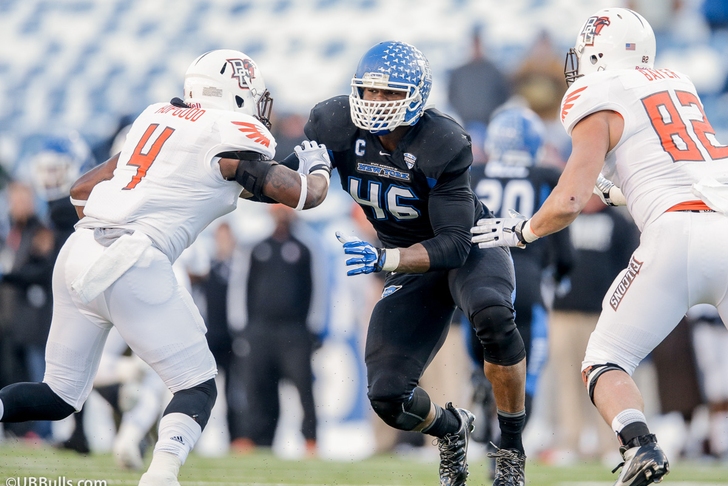 In Lions rumors today, much-hyped former Buffalo University linebacker Khalil Mack will be visiting with the Detroit Lions next week, leading to rumors that the Lions could try to trade up in order to draft him.

Per NFLTradeRumors.co (by way of information obtained from Dave Birkett of the Detroit Free Press), the Detroit Lions will host the coveted linebacker who is projected by most draft analysts to land somewhere in the top-five picks of May's NFL Draft.

However, the Detroit Lions may be willing to package several of their picks together for a chance at Mack, especially if the visit this week blows them away.

In his final season in college, Khalil Mack posted 100 tackles, 10.5 sacks, three interceptions, and five forced fumbles. He also scored two defensive touchdowns and showed amazing versatility which has helped him skyrocket to the top of draft boards around the country.

Your Lions rumors whenever and wherever you want them. Download our new Chat Sports iPhone app and follow our Lions team page today.