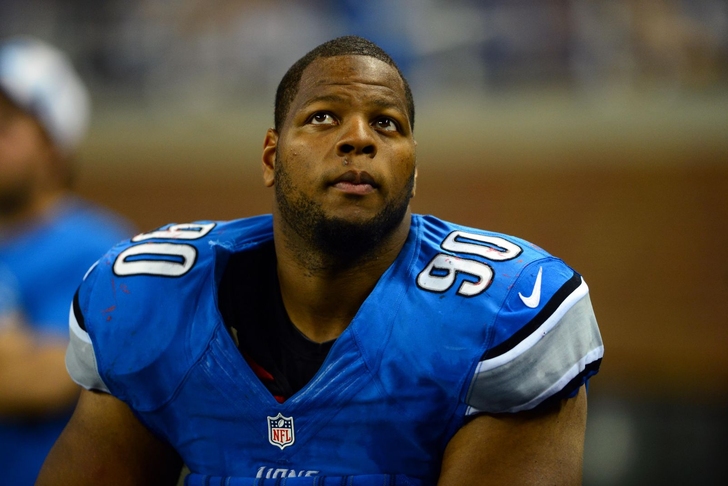 The Detroit Lions are reportedly considering trading Ndamukong Suh in order to move up in the draft.

Per a source, the #Lions are having discussions about moving #Suh before the draft to move up as high as possible in the first round.

The Lions and Suh (currently entering the fourth year of his $60 million, five-year deal) haven't made any real progress on a contract extension, and the team may believe that they can either get something for him now (while getting him off the books) or face the prospect of losing him for nothing when his contract expires.

This kind of deal is difficult, lots of hurdles to clear, but thru a common sense lens it makes sense if trying to get to #Clowney. #Lions

Gunning for Clowney as an immediate replacement makes sense, but the Lions would have to strike a deal with Houston, St. Louis, Jacksonville or Cleveland to maximize their chances of landing the South Carolina DE. As things stand, a deal is still unlikely (as Bischoff notes), but Detroit's willingness to move Suh speaks volumes about his contract situation and value to the front office.

All things considered, this is still an unconfirmed rumor, so don't order your Suh Texans jersey just yet...but it's an extremely intriguing prospect nonetheless.

For all the latest NFL news and rumors, build your own customized sports page today!