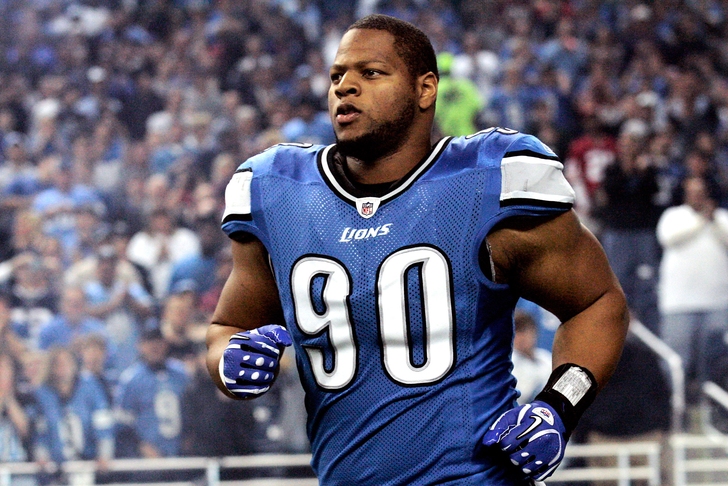 In this Lions news and rumors update, Detroit Lions defensive tackle Ndamukong Suh as earned himself quite a reputation during his tenure in the NFL.

So much so that a recent ESPN poll named Suh as far-and-away the one guy other NFL players would least like to encounter in a fight.

Per Kyle Meinke of MLive.com, "ESPN conducted one of their anonymous player polls, which are always pretty interesting, and found that Suh is the guy players would least like to fight. And it wasn't close."

Suh picked up 18 percent of the 82 votes cast, 7 percent of his closest competition in Houston Texans beast J.J. Watt (11 percent). No other player even cracked 10 percent.

Considering the fact that Suh is 308 pounds of what looks to be solid muscle and has the attitude to put that mass into fierce motion on the football field, you can't blame said anonymous NFL players for ducking out on a potential brawl with the Lions tackle.