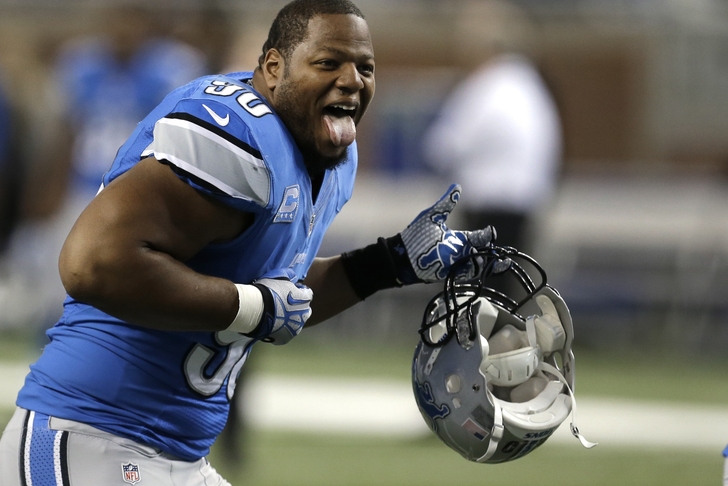 In Lions news tonight, the Detroit Lions will be without Ndamukong Suh when they open up their voluntary minicamp this week.

"The person, who said Suh will attend the team's voluntary workouts in May and mandatory minicamp next month, spoke Monday night on condition of anonymity because the defensive tackle was not announcing his plans."

The "will he or won't he" questions surrounding Suh and the Lions' voluntary camp stem from new head coach Jim Caldwell's public statements that he wanted Suh to be there for camp.

However, if this unnamed source is to be believed, Suh will not be present -- raising speculation as to whether or not there will be any tension between Suh and Caldwell when training camp opens.

Per the AP report, "Caldwell added that he has spoken to Suh more than any other player on the team since being hired." With this in mind, Caldwell may already have known that Suh wasn't planning to attend.