Lions News: Ndamukong Suh suspension could be reduced to fine, per report 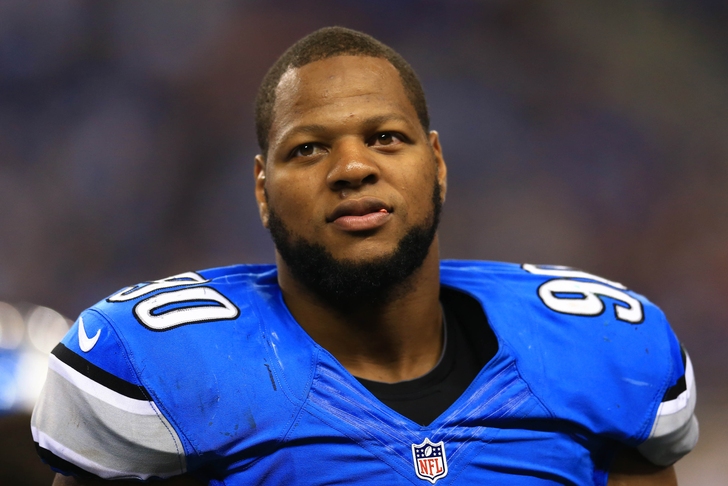 According to Jason La Canfora of CBS Sports, there is a possibility that Detroit Lions DT Ndamukong Suh's suspension for the team's NFC Wild Card matchup with the Dallas Cowboys could be reduced to a "heavy fine" after his appeal hearing:

More people I talk to more I get the sense this Suh suspension could end up being a huge fine instead on appeal. Decision could come today

Suh was suspended by the league on Monday for stepping on Green Bay Packers quarterback Aaron Rodgers' ankle during the teams' NFC North title game this past Sunday.

Obviously, having Suh in the lineup would be a huge boost for a Lions run defense that struggles without him plugging up the middle of the line. The Lions' rush defense finished the 2014 regular season ranked #1 in the league in yards per game allowed, yards per carry allowed and by Football Outsiders' DVOA metric.