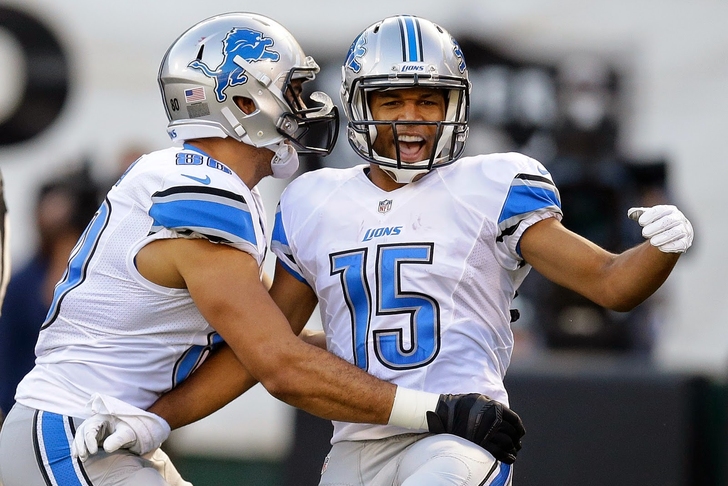 The Atlanta Falcons got off to a fast start in London scoring three touchdowns early in this game to take a commanding 21-0 lead into halftime.

The story was flipped in the second, as the Lions stormed back with 19 unanswered points. Atlanta had a chance to ice the game with a late drive, but were unable to kill as much time as they wanted and gave the ball back to the Lions with just under two minutes to play.

Detroit drove down the field and got in position for the field goal, and kicker Matt Prater initially missed the game-winner. However, due to a penalty on the Falcons, he was able to re-kick, and he made the second attempt, giving the Lions a one-point win.

Turning Point: Detroit came out in the second half and drove all the way down the field. They ended up kicking a field goal, but it gave this offense momentum that they didn't have in the first half. Atlanta's offense started to sputter, and the Lions took advantage as they completed another huge comeback.

Key Stat: Detroit was able to move the ball up and down the field throughout the entire game, but weren't able to put points up on the board. However, once the Lions defense stopped the Falcons offense in the second half, they started turning those drives into touchdowns. They outgained Atlanta 385-291 during the game, and that ability to move the ball at will allowed them to get in field goal range at the end.

Atlanta MVP: Quarterback Matt Ryan was dominant in the first half, but fell off in the second. Still, he had a good game, finishing with 228 yards and two touchdowns on 21/27 passing.

Detroit MVP: Wide receiver Golden Tate has continued to carry the offense with All-Pro Calvin Johnson injured. He caught seven passes for 151 yards and a long touchdown that jump-started the Lions' comeback.

What’s Next? Both teams have bye weeks to recover from their trip to London. Atlanta's next game is against the Buccaneers, while Detroit will face the Dolphins.