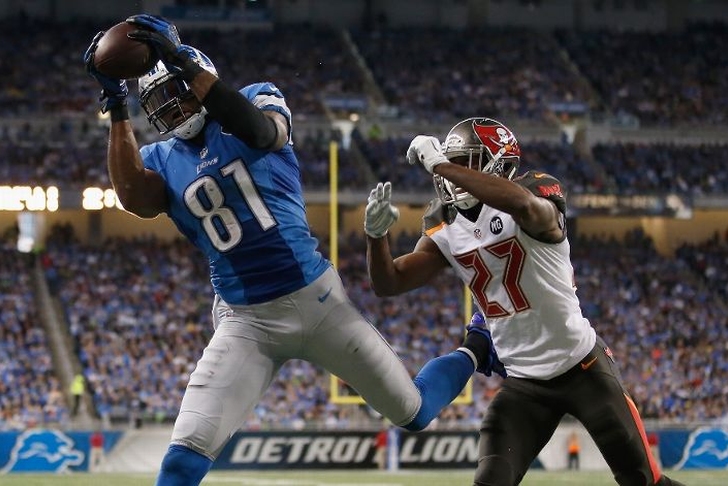 Both sides went back and forth in a surprisingly close first half, as Detroit held a 17-10 lead over the Buccaneers at the break. The Lions finally started to pull away in the third quarter as they cruised to the easy victory.

Tampa was hanging around for most of the game, but the Lions were able to put the game away for good in the fourth quarter when running back Joique Bell caught a tipped pass from quarterback Matthew Stafford, running it into the end zone.

The Buccaneers turned the ball over four times in this one, which put them at a huge disadvantage on the road against a more talented team, and they were simply unable to overcome it.

Stafford had a huge game, passing for 311 yards and three touchdowns. Wideout Calvin Johnson was a big reason for that success, and he caught eight passes for 158 yards and a touchdown.

Tampa got great performances from their top two wideouts, although the rest of the team didn't play well. Vincent Jackson had 10 catches for 159 yards, while rookie Mike Evans had four catches for 45 yards with two touchdowns.

Detroit will host the Vikings next weekend, while Tampa Bay will face the Panthers in Charlotte.