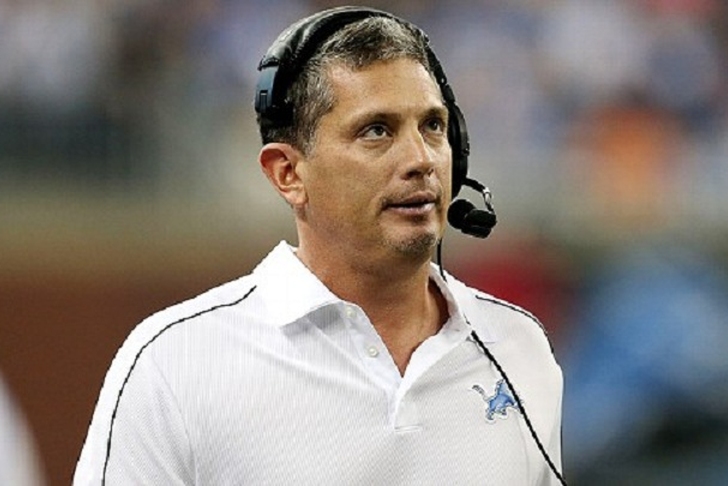 Detroit has finished with 10 or more losses seven times in the last decade, and the only playoff appearance quickly ended in a 45-28 blowout loss to the New Orleans Saints. After the loss to the New York Giants on Sunday, the team is 50-109 since 2003, but the second half of 2013 may have been the most devastating span of all.

Through nine games, the Lions were 6-3, in first place in the NFC North and the only team with a healthy starting quarterback. It looked like the division was set on a platter for the Lions, and all they had to do was take it.

Instead, the team lost five of its next six games to seemingly inferior opponents, looking like a contender at times but ultimately blowing five fourth quarter leads. The Lions have never just been able to lose; they rip fans’ hearts out.

The losing streak started in Pittsburgh, where the offense put up 27 points in the second quarter only to get shut out in the second half. A week later, the Lions let 2-9 Tampa Bay walk into Detroit and get its only road victory of the season.

Despite those loses, Chicago and Green Bay continued to give the Lions every opportunity to run away with the North. A Thanksgiving loss in Ford Field gave the Packers a fifth straight winless week while the Bears dropped games to both St Louis and Minnesota. Detroit’s first holiday win in 10 years was the final boost it needed to finally wrap up the division.

But Detroit continued to fail.

During a blizzard in Philadelphia, the Lions took a 14-0 lead late into the third quarter only to allow 34 points and a franchise-record 217 rushing yards to LeSean McCoy in the final 25 minutes.

Then, on Monday Night Football, with the eyes of the entire NFL on Detroit, the Lions became the first team to score two touchdowns and lose without giving up any. Justin Tucker hit a 61-yard field goal to take the life out of an electrified stadium.

In the biggest night of the year for Detroit football, the team’s star Calvin Johnson dropped three passes and allowed rookie safety Matt Elam, who had two interceptions in the game, to get away with calling him “pretty old.”

Sunday afternoon was just the latest of the long list of heartbreaks in 2013 for Lions fans. Despite losses by both the Bears and the Packers to give the Lions a chance to regain first place in the North, the team failed to beat a 5-9 Giants squad at home in front of a crowd begging for something to cheer about.

Behind an Ndomukong Suh tackle for a safety, the Lions defense was dominating Eli Manning’s offense. With a seven point lead late in the fourth quarter, the only thing the Lions had to do was take care of the ball and punt.

They couldn’t even do that.

Matt Stafford continued to be a turnover machine with his most fatal flaw of the season, throwing a pick-six that tied the game and left everything in the hands of a gun-shy offensive coordinator. Even a last-minute interception from Manning and an overtime fumble in Lions territory wasn’t enough to help Jim Schwartz’s team to victory.

Detroit fans left Ford Field for the final time with an image that has become all-too familiar: opponents kicking the ball through the uprights.

Now, despite going 3-1 against Green Bay and Chicago, despite playing the easiest schedule in the NFL and battling injury-riddled rivals, Detroit is mathematically eliminated from the playoffs and will spend another January watching from home.

But this offseason, there’s at least something to keep Lions fans tuned in to the team’s business. Since the start of the slump, Detroit has been calling for Schwartz’s job in return for the disappointing finish. Will that be enough to send the head coach packing?

Some of the problems that point to coaching include mental errors like dropped passes and penalties or preparation lapses like blowing fourth quarter leads.

It may seem like a no-brainer that this collapse will be the final straw, yet how many years did it take for the Lions to get rid of Matt Millen? Potentially the worst general manager in football history held on to his job for eight seasons despite fan protests that included wearing opposing teams’ colors to Ford Field and cheering against the boys in blue.

If Millen can be allowed to run the franchise into the ground, would it really surprise anyone if Schwartz was allowed to keep his job?

Unfortunately for the fiery 47-year old, he doesn’t understand Detroit football like long-term Lions fans do. Almost every franchise in professional sports has had to deal with losing, but the Lions have always been the most creative and frustrating in their version of the art.

Detroit has largely put up with this year’s rendition of shoot-ourselves-in-the-foot, but when Schwartz was caught on camera saying “what the (expletive) are you booing about” at the fans Sunday night, he made himself an outsider and wore out his welcome.

Lions fans have earned the right to boo. They’ve gone through the worst season in NFL history, they’ve put up with players and coaches and officials they didn’t support, and even blackout games when the team wasn’t popular enough to put on TV.

Yet Ford Field was full and loud for every home game in 2013. Coming off a 4-12 season, fans filled the stadium and made it an intimidating venue for every visiting team.

Detroit has never been to the Super Bowl and hasn’t played a playoff game at home in 20 years; there are no bandwagon fans in Detroit, because there is no bandwagon. The 65,000 plus people that pack Ford Field for each game are deeply invested in the team and have put up with too much.

That’s what the (expletive) they’re booing at, Jim.

So despite how long it took to fire Millen, and the 12 million-dollar buyout on Schwartz’s contract, the Lions almost have to fire their head coach.

To be fair, it isn’t entirely Schwartz’s fault. The Lions have gotten in their own way with penalties and choking for decades, and until a coach comes in and fixes that, there’s no reason to believe it isn’t just engrained in Detroit’s blood.

Detroit has one of the most talented rosters in the NFL and should be contending for Super Bowls instead of battling for the last spot in the playoffs. A slew of top 10 picks has given it a roster with a window to win right now, and the right coach could have the Lions towards the top of the NFC in 2014.

But if the past few decades are any indication, they’ll probably let their fans down once again.