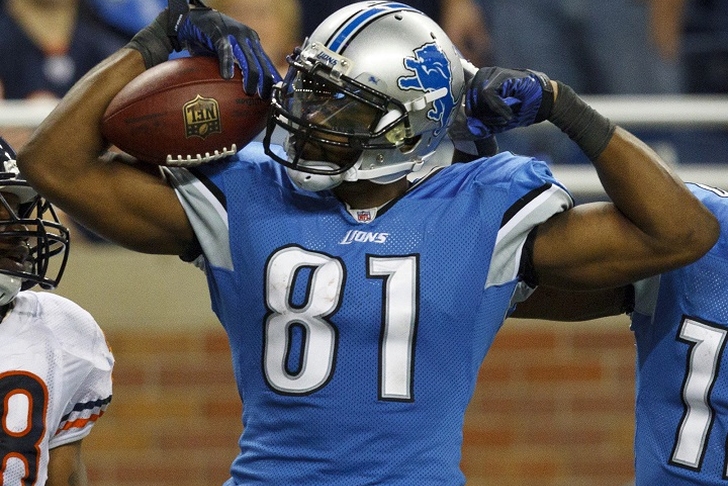 As the calendar flips over to November and teams pass the midway point of the 2013-2014 season, contenders and pretenders start to separate themselves and fans have an idea of what to expect in the final eight weeks. For the Detroit Lions, they currently find themselves in a three-way tie with the Chicago Bears and Green Bay Packers atop the NFC North Division.

But can they really contend?

For a franchise that has struggled so much in the past 20 years, it's fair for the people of Detroit to be skeptical, but this year's squad might actually be the real deal.

Consider the first half of the season. In the preseason position grades, the success of the Lions' offensive units stood out for a group that ranks

second in the NFC in yards per game. Matthew Stafford has emerged as one of the elite passers in the game and Calvin Johnson looks like the beast that broke the yardage record last season.

The difference this season is in the strength of the offensive line. Stafford has been sacked only 10 times through eight games, the least among quarterbacks that have started every game this season. Running back Joique Bell has also reaped the benefits of the strong play in the trenches, picking up a team-best four rushing touchdowns inside the red zone.

Dominic Raiola, Corey Hilliard and Riley Reiff have adapted quickly to the new offensive threat that Detroit's Reggie Bush provides. Bush is on pace to record over 1,000 rushing yards this season, but also poses Detroit's greatest receiving threat out of the backfield, picking up 335 yards through the air in the first half.

The Lions boast perhaps the most versatile offensive attack in the NFC. Few teams can run the ball outside as effectively as the Lions can with Bush, and come back between the tackles with the punishing power of Bell. On top of that, Stafford's connection with Johnson provides clearly the most dangerous passing combination in the league. Johnson averages an NFL-best 117.3 receiving yards per game through week nine.

Defensively, the line hasn't put up the numbers everyone expected with names like Ndamukong Suh, Nick Fairley and first-round draft pick Ziggy Ansah lining up in the silver and blue. Even so, opposing quarterbacks have felt the pressure and rushing attacks have had difficulty finding a rhythm, unlike last season.

Fortunately, the linebackers and safeties have really picked up the slack. Stephen Tulloch and DeAndre Levy are having career years; Tulloch living in the backfield and Levy picking off passes. Safeties Louis Delmas and Glover Quin are keeping a thin secondary upright despite weak play from corner backs Chris Houston and Rashean Mathis.

All together this unit represents a bend-but-don't-break mentality, ranking 25th in the NFL in yards allowed per game but giving up just 197 points (T-16th NFL). For a team led by an explosive offense, a middle-of-the-pack defense is more than enough to keep the Lions in the race.

Detroit's 5-3 start has gone largely under the radar despite the level of competition it has faced in the first half. So far, half of the Lions' games have been against teams that are at least tied for first place (Bears, Packers, Cowboys, Bengals). Of the other four games, three were on the road against teams with a combined 11-14 record (Browns, Redskins, Cardinals) and realistic playoff hopes. The only easy game in the rear-view mirror is the home opener against Minnesota.

In the all-important head-to-head games that often break divisional ties, the Lions have already beaten Chicago once and play again on Sunday with uncertainty surrounding the status of Jay Culter. On the other hand, the Packers took the first meeting in Green Bay when Calvin Johnson was a late scratch. The broken collar bone of Aaron Rodgers gives the Lions a much stronger chance to even the series in the rematch on Thanksgiving.

Currently things are about as tight as it gets. At 5-3, all three teams are 1-1 against each other after the Bears defeated the Rodgers-less Packers on Monday night. All three teams are 3-1 at home, 2-2 on the road, and 2-1 in the division. The Lions currently stand in first place due to their 4-2 record against NFC opponents (GB: 3-2, CHI: 3-3).

A healthy starting quarterback and the tiebreaker aren't the only things Detroit has going for it.

Jim Schwartz's team is staring at the easiest second-half schedule in the league, largely due to its last-place finish in the North last year. In the six games that aren't against Green Bay and Chicago, the Lions will face four that are currently

in last place and two more with losing records. Those six teams have a combined record of 12-37.

Green Bay, which has the NFL's next-easiest schedule, still has to play on the road against  Detroit, Chicago and first-place Dallas. Playing the Giants and Philadelphia might also be difficult without Rodgers the next two weeks.

Chicago gets both Detroit and Green Bay at home in the second half, but has to travel to St. Louis and Cleveland. The Cowboys will travel to Chicago in week 14.

Considering everything, 2013-2014 looks like Detroit's best chance to win a division title. The remaining schedule is manageable, the team is the only healthy group in the North and many players are having breakout seasons.

But the question in Detroit is never if the team can do it, but rather if it can stay out of its own way long enough to do so.