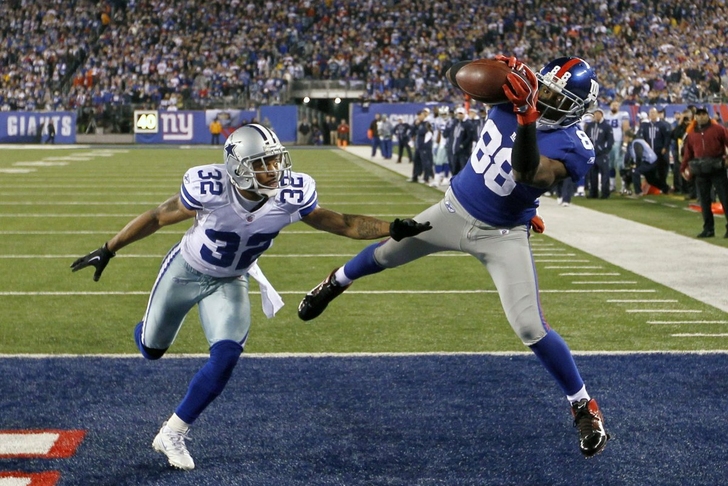 Rumors broke across the internet late Thursday evening that pending a physical, New York Giants wide receiver Hakeem Nicks was being traded to the Detroit Lions in exchange for RB Mikel Leshoure and a 2014 3rd round draft pick.

The rumors may have been premature, as Lions insider Dave Birkett debunked it in a tweet:

No. I'm told nothing cooking there right now “@TankJared: Hakeem nicks a lion”

A source in the Lions front office tells us that the deal hasn't gone through, but there have been deep conversations between the two clubs regarding Nicks.

Through three games Nicks has 197 yards receiving on nine catches.

Nicks had a down year in 2012, only catching 53 passes and 3 TD's. he has struggled this season and has reportedly fallen out of favor with Giants coach Tom Coughlin.

This trade is not official and if it goes through,  it will not e announced before passes a physical. Come back to Chat Sports for more Lions Trade Rumors in the coming hours.