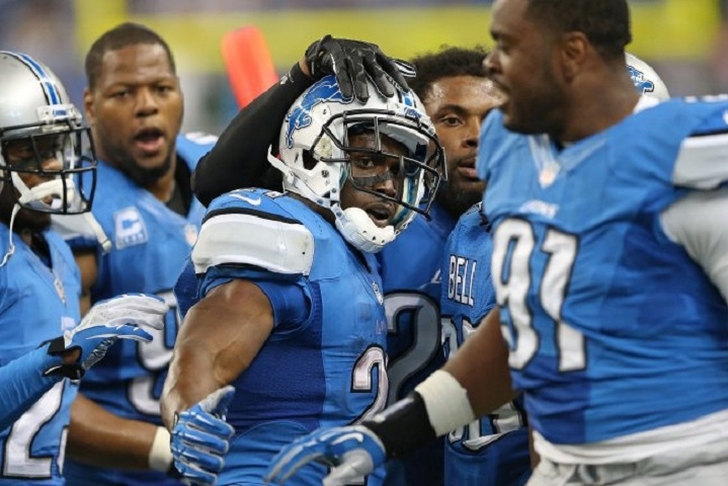 Thirty minutes into the 2013 season, fans in Ford Field had to be wondering if the mental errors would ever stop. The Detroit Lions made mistake after mistake in the first half against the Minnesota Vikings, yet trailed by only a single point at the break. In week one, talent overcame mental errors.

A fumbled snap on a short field goal attempt set the tone early, as the Lions failed to convert a strong opening drive into any points. The frustration mounted as long drives continued to turn into field goal attempts, and a pick-six was called back due to an irrelevant chop block by Ndamukong Suh. Miscues haunted the Lions until just before the half, when an interception by Stephen Tulloch was followed by the team's first touchdown of the season.

During the second half, the mistakes were practically erased.

Though his team finished the game with 11 penalties for 88 yards, Jim Schwartz seemingly regained control for the first time during his tenure as Head Coach. A clean second half and a win in the home opener left fans with a good taste in their mouths.

Or maybe calling it a breath of fresh air would be more appropriate.

In his Lions debut, Reggie Bush was better than anyone could have expected, gaining a total of 191 yards and narrowly missing three touchdowns. Officially, Bush had only

one score, on a 77-yard reception, but was stopped inside the one-yard line twice. The versatility he offered Matt Stafford propelled the offense to a whole new level, providing a strong option in the short pass game and solidifying the ground attack.

When times called for a more physical back, Joique Bell was outstanding, scoring two touchdowns on 92 total yards.

Stafford spread the ball all over the field, completing passes to nine different receivers and finishing with 357 yards. He looked more like his 2011 version, fitting throws into tight windows on slant routes and specializing in the back-shoulder throw to the sideline.

Despite giving up 24 points, the defense finally looked like a unit with three first-round draft picks in the trenches. After a 78-yard touchdown on his first carry of the season, the best running back in the league, Adrian Peterson, was absolutely shut down for over three quarters. In fact, last year's MVP averaged less than a yard per carry in his final 17 rushing attempts as Ziggy Ansah, Nick Fairly and Suh pushed the Vikings line backwards and kept him from getting in space.

Detroit's defensive line benefitted from a surprisingly strong performance by the secondary, which forced three interceptions and locked down on coverage well enough for the big guys to pick up three sacks. The inability to run the ball forced Minnesota to throw more than usual, and Christian Ponder's offense turned the ball over a total of four times. Tulloch's interception turned the tide of the game and the Lions scored four touchdowns before the contest ended.

Penalties and mental mistakes remain a major concern for the Lions, who won't get away with these mistakes against some of the stronger teams in the NFL. However, the Detroit squad that took the field on Sunday looked good enough to contend for a playoff spot this season.

Historically, the question is never how good the Lions could be, but how well they can rebound from inevitable mental errors.

There is no shortage of talent in Detroit. Any defense that can stop Peterson and force four turnovers has potential, and the addition of Bush improves an already-loaded offensive arsenal for Stafford and Calvin Johnson.

Now, with more divisional wins than they recorded during the entire 2012 season, the Lions look to build on a strong week one performance in Arizona next week.