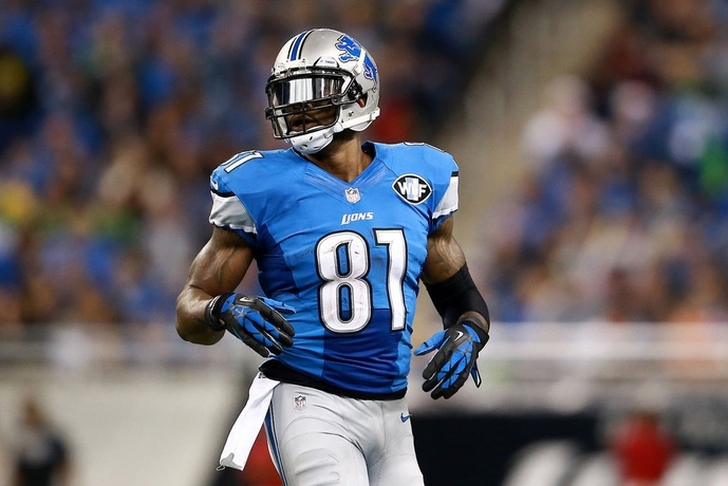 The Detroit Lions have several fantasy football players that might be worth starting, but Calvin Johnson is the only sure-fire starter. Several other players are either borderline starters, or in the midst of the positional battle. Still, most of the Lions' starters should be drafted in your league.

Stafford finished 15th among fantasy QBs last season. He can still start for your team, but don't reach for him. He gets Calvin Johnson back, but that might not be enough to vault him into the Top 10 QBs. I have him as a backup this year.

Bell finished 14th among fantasy RBs last season, but he should slip this season. Ameer Abdullah is pushing for playing time and might take over the starting role. Bell has yet to play this preseason, so don't draft him as anything more than a backup.

If Bell wasn't on the team, Abdullah would be a borderline Top 15 RB this year. He's looked that good in the preseason. Until he takes over for Bell, he's not going to crack the Top 25 RBs. Take Bell before Abdullah if you have to choose, although that might change soon.

He played well at times in place of Reggie Bush, but he's limited to being a PPR backup with Abdullah in town.

He's still Megatron, but Johnson has missed games in each of the last two seasons. He's still a Top 10 WR, but don't be surprised if he misses time again this year.

Tate played like a high-end WR2 when Johnson was hurt, but he's a flex with Johnson healthy. If you draft Johnson, it might be smart to take Tate too. Either way, he's a Top 30 WR.

Ebron didn't do much last season and there is no reason to draft him this year. He's worth monitoring to see if he figures it out.

Keep it here for all your Fantasy Football needs and Detroit Lions news!