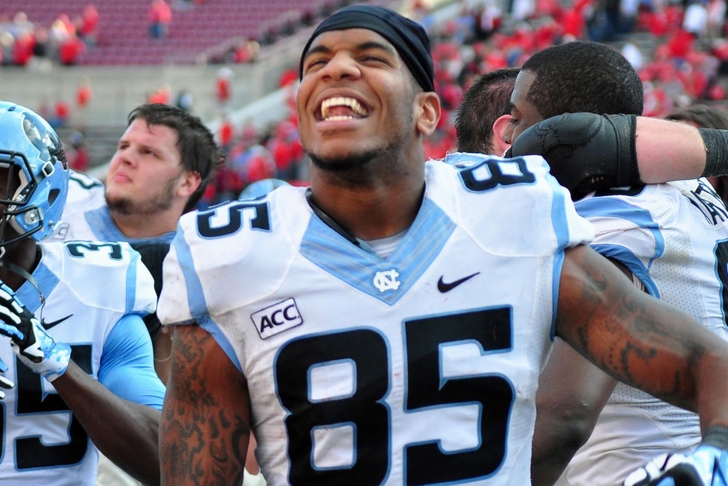 With the tenth overall pick in the 2014 NFL Draft, the Detroit Lions have selected TE Eric Ebron out of North Carolina.

Eric Ebron set the all-time ACC record for yards by a tight end in 2013, posting 62 receptions for 973 yards and three touchdowns in his junior season at North Carolina. Ebron suffered a right hamstring strain during his second 40-yard dash attempt at the NFL Combine, but still showed top-tier speed for the position in his first attempt (4.60 seconds). He showed balanced athleticism as well, benching 225 pounds 24 times along with landing near the top of the tight end leaderboard in the broad jump (120”).

Ebron is a clean route runner, releasing off the line without a hitch and accelerating into his patterns. His athletic ability is top-notch as are his natural skills as a pass-catcher. His natural quickness, agility, and body control projects extremely well to the NFL level, and will regularly draw double-teams because of it. He has great ball awareness, using his frame to lengthen his catching radius on tough-to-catch passes.

Check out Ebron's highlight video for a closer look into what he brings to the Lions: