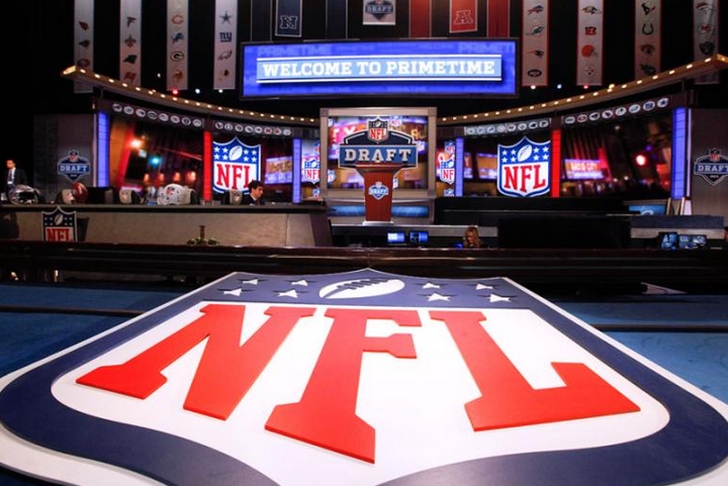 This season, the Lions' newly-constructed coaching staff owns the No. 10 pick in the draft. Both the offense and defense have holes to fill, so Detroit could go a number of ways with that first-round pick. Here are the five top options for the Lions as of early February.

Detroit made a statement in hiring former Ravens secondary coach Teryl Austin as defensive coordinator: the secondary has to perform at a much higher level.

For a team that boasts one of the top defensive lines in the country with Ndamukong Suh, Nick Fairley and Ezekiel Ansah, Detroit ranked just 16th in team defense last season. The numbers clearly show that the secondary was the culprit, allowing 246.9 yards (26th) passing per game.

Gilbert adds a ball-hawking cornerback to a defense that snatched just 22 takeaways last season. His size and athleticism equip him with the valuable tools to match up against any wide receiver in the NFL. If Detroit hopes to improve on defense, it must draft a lock-down safety.

If a surprise suitor grabs Gilbert off the board before the Lions draft, the next-best choice comes from right in their backyard. Dennard, though slightly smaller than Gilbert, posed just as much of a defensive threat during his time in East Lansing.

Dennard led the top defense in the country from his cornerback position. He's big enough to bang with beats like Brandon Marshall and fast enough to run with anybody. The Lions can't go wrong drafting this former Spartan; imagine Dennard's improvement after practicing against Calvin Johnson every day.

If Detroit decides to wait until the later rounds to draft a cornerback, as it's known to do, then scooping up another elite wide receiver to wreak havoc on defenses across the field from Johnson seems like the best bet.

Though Nate Burleson returns as a healthy second receiver in 2014, handing new offensive coordinator Joe Lombardi another major weapon could translate to something reminiscent of the unstoppable New Orleans offense he worked with before departing for the Motor City.

Watkins looks like a stretch at No. 10; another team will likely snatch him before the Lions even get a whiff. Despite off-the-field issues throughout his college career, the speedy receiver torched every corner he lined up against for three years.

Detroit should look no farther than Watkins's final game, when he caught 16 passes for 227 yards and two touchdowns in the Orange Bowl.

Evans represents the most intriguing first-round option for Detroit if it decides to select a wide receiver. Though he tallied less-flashy numbers during his career than Watkins, the Texas A&M product might give the Lions an even more deadly duo.

Cornerbacks that match up against tall receivers come at a premium in the NFL, and teams already struggle to find answers for the Lions' 6-5 Johnson. If the 6-4 Evans stands on the opposite side of the field, Stafford would be hard-pressed to throw the ball too high over the entire field.

Evans poses a down-field threat, much like Johnson does, and catches everything thrown his way. Detroit is known for striking out on first-round wide receivers, but Evans' ceiling sits somewhere in the Calvin Johnson region.

Detroit's first round pick will almost certainly go towards a cornerback or wide receiver, but if management decides to draft leadership, Mosley may find himself heading to Ford Field.

Mosley comes from a football powerhouse in Alabama, and learned under Nick Saban and Kirby Smart. His strong leadership credentials make him an appealing pick for Detroit as it looks for consistency on defense.

Adding a first-round caliber linebacker to an already strong unit that includes Stephen Tulloch and DeAndre Levy would present Detroit with a devastating front seven.

Detroit's collapse gives it a number of options as the 2014 draft approaches. Though supplying Johnson with a running mate in the receiving core would almost certainly improve the offense, the return of Burleson makes the secondary a more pressing need.

If Watkins falls to No. 10, Detroit would take a chance on the talented receiver, but he's likely to go earlier in the round, which would leave Gilbert ripe for the taking.

Gilbert represents the first major step towards solidifying the secondary and fielding an elite defense for the first time in decades in Detroit.