Will top seeds Gonzaga and Michigan join Houston and Baylor in the Final Four? 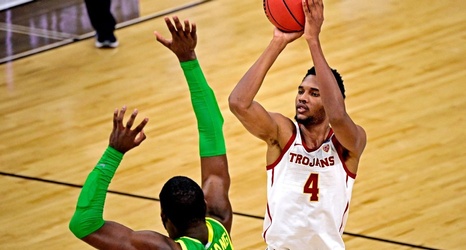 Half the men's Final Four was set on Monday night, as the Houston Cougars and Baylor Bears kept their national championship hopes intact. Now it's on to Tuesday's NCAA tournament matchups, with the top overall seed Gonzaga Bulldogs and an increasingly impressive USC Trojans squad starting things off, and the resilient Michigan Wolverines and upstart No. 11 seed UCLA Bruins finishing them. ESPN.com's college basketball team of Myron Medcalf, Jeff Borzello, John Gasaway and Joe Lunardi discussed what they expected out of Tuesday's matchups, including their players to watch from a contest rich in projected future NBA talent, while also taking a peek ahead at this weekend's national semifinals.