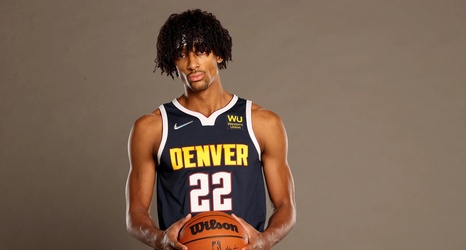 During the 2020 NBA Draft, the Denver Nuggets desperately needed a backup center. Mason Plumlee’s three-year contract was coming to a close, and he had been firmly entrenched as the backup center behind Nikola Jokiu0107 for several years. While a lot of draft analysts believed either Isaiah Stewart or Precious Achiuwa could be the pick, both ended up being selected before the Nuggets selected at 22nd overall. Arizona center Zeke Nnaji was another prospect ranked highly on Denver’s draft board that night, and they decided to take the strong, sweet shooting big man instead.