This Week in Nuggets: December 9th to 15th 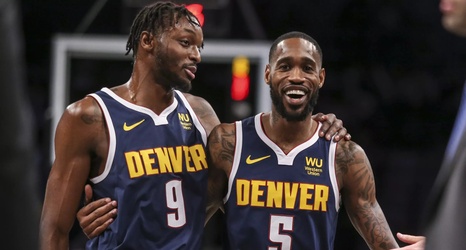 This is a rematch Nuggets fans had circled on the calendar before Denver began dealing with more pressing issues. The Nuggets have lost four of their last five games, including two in which they lost focus against inferior opponents and two in which they appeared outmatched strong squads for various reasons. This game would fall under the second category if Denver were to lose, and there should be no doubt that Joel Embiid is looking for revenge after Nikola Jokic hit a game winner the last time around.

The return of Carmelo Anthony to Pepsi Center, an arena in which he has never won as an opponent.