“This is not me vs. Mike”: Nuggets defend Michael Porter Jr. in wake of healthy scratch 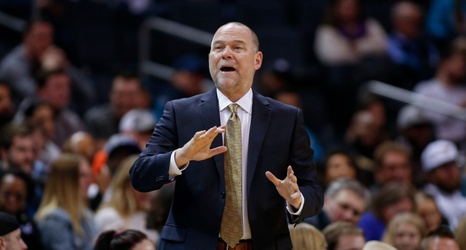 CHARLOTTE — Less than five minutes into the second quarter Thursday night, Nuggets coach Michael Malone made a substitution to put two of his starters back in the game, and rookie Michael Porter Jr. took it as a sign.

He shuffled to his left, further away from the scorer’s table, until he arrived at the last seat on the Nuggets’ bench. Slowly, he began to button up his warmup sweats, evidently aware that Malone didn’t intend on playing him against the Hornets.

By the third quarter, Porter’s seat unchanged, veteran Paul Millsap strategically sat himself next to the celebrated rookie.