The making of a long-range assassin: How Blazers’ Damian Lillard turned “bad shots” into good ones 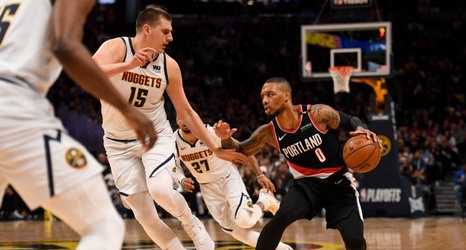 When the Portland Trail Blazers guard pulled up over Paul George to sink the deep 3-pointer that ended the Oklahoma City Thunder‘s season, he made it look and sound as easy as could be. After playing 45 intense minutes, Lillard coolly dribbled the clock down and launched from more than 13 feet behind the 3-point line. He explained later that he was in “comfortable range,” and his stoic reaction — a wave goodbye to the Thunder and a blank face as he was mobbed by teammates — only added to the air of effortlessness.