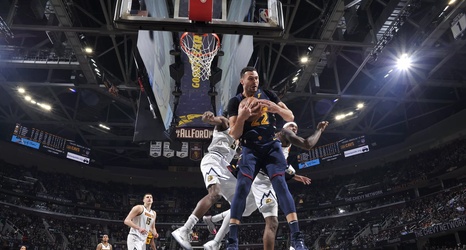 The Denver Nuggets finished out a two game road trip against the Cleveland Cavaliers tonight. After losing earlier in the week to the Golden State Warriors Denver had escaped disaster against the Hornets in Charlotte and looked to get fully back on track against Cleveland. Things got off to a good start but a lousy second quarter ultimately spelled doom for the Nuggets. They had a shot at the buzzer but can’t get it done and lose 104-102 to the worst team in the Eastern Conference.

The Nuggets got off to a strong start with the three ball and made Cleveland pay early for doubling Jokic in the post.