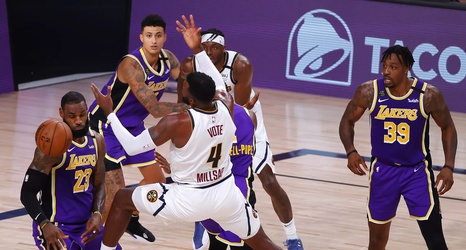 The Denver Nuggets faced the arduous task of coming back from a 3-1 series deficit against the Los Angeles Lakers. They additionally faced the battle of Nikola Jokic getting into foul trouble early while Jamal Murray became hobbled. That was enough for LeBron James who played an outstanding game and was at his best in the closing moments. The Nuggets magical run in the bubble finally ends. Lakers advance to the NBA finals behind a 117-107 win.