Recap: Denver Continues Their Hot Play As They Win Their 8th Straight 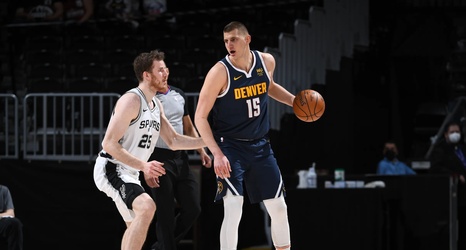 The Denver Nuggets continued their winning ways as they take two from the Spurs in three days. It was closer than the Nuggets would have liked with sloppy play on both ends, but clutch free throw shooting sealed it late. Denver committed 18 turnovers for 30 Spurs points. Nikola Jokic secured another triple double as he put up 26 points, 14 assists, and 13 rebounds. Denver won their eighth straight game which is the longest win streak in eight years

Denver began the game with confident shooting early as Jokic sank an open three to put the Nuggets on the board.