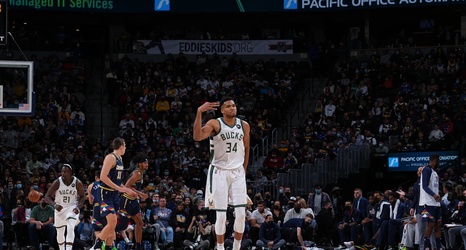 Both streaks continued tonight as the Denver Nuggets lost their 6th straight and the Milwaukee Bucks won their 6th straight, beating Denver 120-109. Prior to this matchup, the Nuggets were 7-3 in their last 10 games against the Bucks but they did not have the MVP with them tonight. The effort was there but the defensive production was not. Every time the Nuggets went on a run to cut the lead, Milwaukee calmly responded with consecutive baskets. They maintained the lead throughout the entirety of the game achieving complete domination tonight.

Facu Campazzo was the bright spot for Denver.