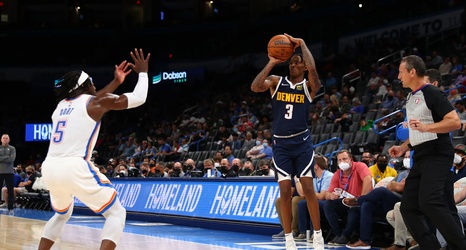 The Denver Nuggets will wrap up their preseason schedule today against the Oklahoma City Thunder on a back to back, a strange occurrence for the preseason that will likely have ramifications for who does and doesn’t play. Nikola Jokiu0107, Michael Porter Jr., and Monte Morris all showed up on the injury report, while several other Nuggets, including Aaron Gordon and Jeff Green, are out due to rest.

The Nuggets are being cautious here, and it will give the rest of the team an opportunity for extended minutes. We should see the likes of Davon Reed, Tarik Black, and newcomer Giorgi Behzanishvili to the rotation, along with extensive minutes for players like Bol Bol and Zeke Nnaji.