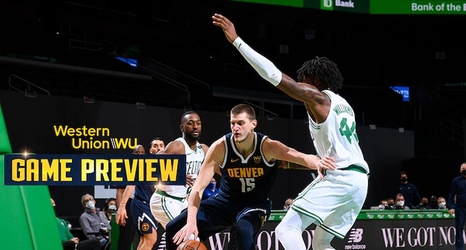 The Denver Nuggets had to sweat it out at the end of their game against the San Antonio Spurs Friday night, but several missed shots by San Antonio in the final seconds secured an eighth-consecutive victory for the Mile High crew.

Nikola Jokiu0107 once again led the way with his 13th triple-double of the season (26 points, 14 assists, 13 rebounds), while Michael Porter Jr. (22 points) and Monte Morris (21 points) chipped into the offensive effort. Denver racked up 32 assists on the night and shot 51.9 percent from beyond the arc.

MORE: Takeaways from win over Spurs

Now the Nuggets (34-18) end their homestand against the struggling Boston Celtics Sunday afternoon.