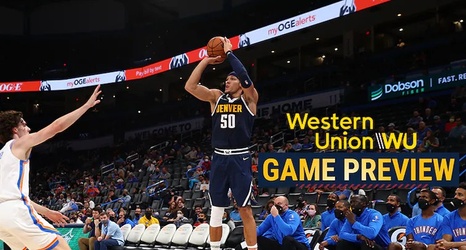 After kicking off the 2021-22 Preseason in Los Angeles last Monday, the Denver Nuggets wrap up their preparation for the regular season Thursday night in Tulsa, Oklahoma.

A second consecutive matchup against the Oklahoma City Thunder will provide Nuggets head coach Michael Malone with an opportunity to see what Denver’s younger players have to offer, as the majority of the main rotation players won’t see the court in the final preseason contest.

Hopefully, Thursday’s game goes a little more according to plan than Wednesday’s contest, which saw Denver score 99 points and shoot 25 percent from beyond the arc in a loss to the Thunder.