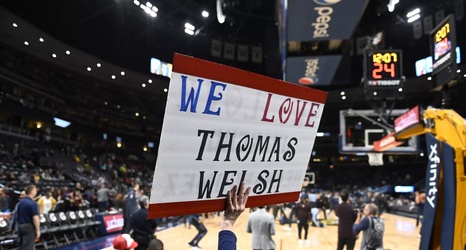 Ryan Blackburn: There weren’t a ton of on-court moments, but the one that stands out in a big way is Thomas Welsh hitting his first career three. After he hit it, the bench went absolutely nuts, Will Barton called “Big Tom” his favorite player in the league, and Welsh had a massive grin on his face for one of the most important milestones in any player’s career. I’m rooting for Big Tom, especially given the positive personality he possesses. Welsh has potential as a pick and pop big man if he can continue working on his body and athleticism.