Nuggets mock draft tracker: What the national experts predict Denver will do 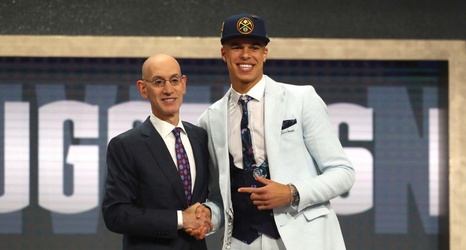 The NBA draft is a month away and the Nuggets have the 22nd overall pick in the draft. So, what should they do?

The last two seasons saw Denver taking top prospects whose stock had dropped due to injuries in Michael Porter Jr. (14th overall in 2018) and Bol Bol (44th in 2019).

The Nuggets have had the No. 22 pick twice before. In 2005, they selected guard Jarrett Jack, who was traded on draft day for Linus Kleiza and Ricky Sanchez. In 2011, they picked Kenneth Faried, who starred at the Pepsi Center earlier in the year with Morehead State at the NCAA Tournament.