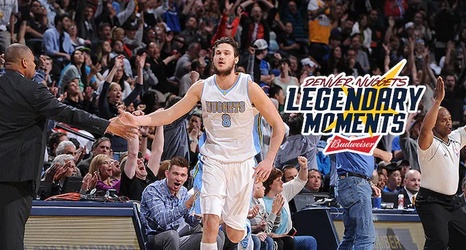 On this day five years ago, Danilo Gallinari set a new career-high with 47 points against the Dallas Mavericks during a double-overtime classic.

Although Denver was approaching the end of a tough 2014-15 season in which the team won just 30 games, Gallinari gave Nuggets fans a memorable show for one night in the middle of April, even if it came in a heartbreaking 144-143 loss.

Just over two weeks prior to this career night, Gallinari had established 40 points as his career-high, but his hot streak continued at Pepsi Center on April 10 with 47 points on 15-of-23 shooting from the field, including 7 of 12 from beyond the arc.