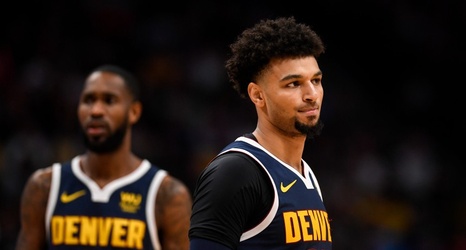 SAN FRANCISCO – Nuggets coach Michael Malone said point guard Jamal Murray would be out for the “foreseeable future,” after suffering a left ankle sprain in the first half of Wednesday’s win over Charlotte.

“The X-rays were negative,” Malone said prior to Thursday night’s game against the Warriors. “He’ll be out for the foreseeable future, obviously. We kept some of those guys home instead of having them travel. Both Jamal, Gary (Harris) and Paul (Millsap), just trying to allow them more rehab time, try to get them back as quickly as possible. So, right now, no real update other than that we don’t expect him back for a little bit.