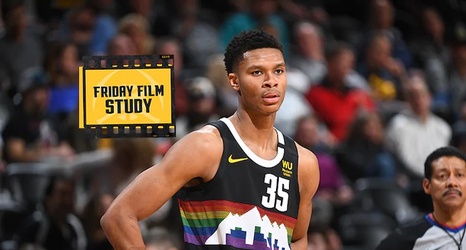 Following the nerve-wrenching conclusion of their back-to-back last night, the Denver Nuggets have reached the halfway point of the 2019-20 season with a 29-12 record. Denver is on a three-game winning streak, headlined by an impressive victory over the LA Clippers on Sunday, which was also the second night of a back-to-back.

While more players were added to the injury report this week, key second-unit players such as Michael Porter Jr., Monte Morris and P.J. Dozier stepped up and impacted the game in different ways. Porter Jr. showed his dynamic scoring ability in Denver’s win against the Charlotte Hornets on Wednesday, while Morris has continued to increase his level of play over the past couple of weeks.