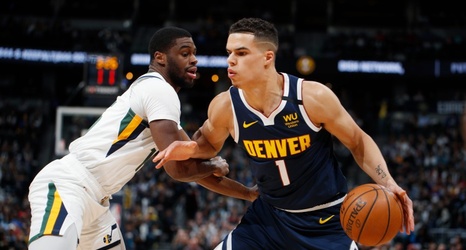 EDITOR’S NOTE: Part of a series of Nuggets player evaluations for the 2019-20 regular season, which would have concluded April 14. Evaluations done so far: Jamal Murray, Gary Harris, Will Barton, Paul Millsap, Nikola Jokic.

If Michael Porter Jr.’s rookie season is over, he can be proud of how he handled what was a trying, but mostly rewarding, campaign.

Coming out of camp, Porter was given no assurances. In an open small forward competition, Nuggets coach Michael Malone admitted he valued guys like Torrey Craig and Juancho Hernangomez, both of whom had helped the Nuggets immensely the prior season.