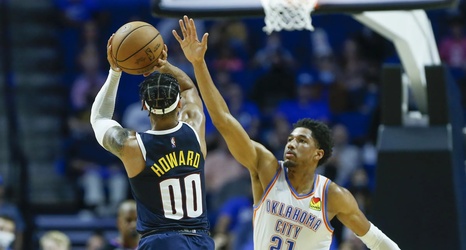 The Denver Nuggets ended off the 2021 pre-season by playing the Oklahoma City Thunder, winning 113-107 in overtime. Markus Howard was the leading scorer with 31 points and 9 threes, Will Barton also played great in his limited minutes scoring 14 points and making 2 threes. Neither team had their normal starters which allowed for unique lineups, some of which you may never see again.

The Thunder won the opening tip and rookie Tre Mann hit a 3 to start the game. Shots were not falling for the Nuggets early on and took two and a half minutes for Will Barton to finally open things off for Denver with a three pointer.