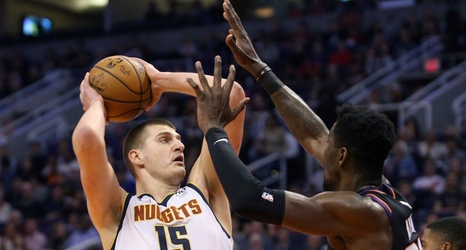 The NBA announced that All-Star center Nikola Jokic was named the Western Conference player of the week on Monday after propelling the Nuggets to a 3-0 record behind his blistering production.

Jokic averaged 27.3 points, 14.3 rebounds and 8.3 assists in wins over Portland, Utah and Phoenix. It’s the first time Jokic has won the award this season and the sixth time he’s won it in his career.

Of the three wins, Wednesday’s victory over the Jazz was the most special considering the circumstances. Jokic’s 30 points, 21 rebounds and 10 assists came on the road on the second night of a back-to-back and lifted the Nuggets over the Jazz despite just seven players.