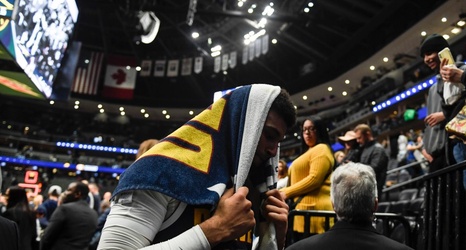 One look on the horizon revealed exactly how badly the Nuggets needed Tuesday night’s game against the beleaguered Golden State Warriors.

But as has happened far too many times this season, the Nuggets fell to a team that they had no business losing to. Add the Warriors, now 14-48, to that alarming list.

Behind a blistering 3-point shooting performance, Golden State embarrassed the Nuggets and walked out of the Pepsi Center with a 116-100 victory. The loss dropped the Nuggets to 41-20, and it couldn’t have come at a worse time as they jockey for playoff seeding.