Michael Malone relied on two rookies to save Nuggets’ season: “At some point, we’d have to play some defense” 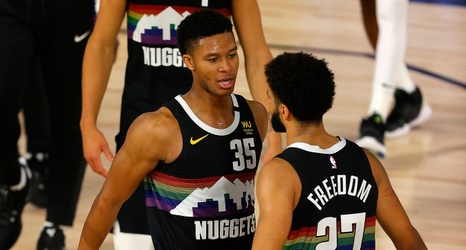 Whatever happens for the remainder of this gripping first-round series, the Nuggets can look back on Game 5 and thank two rookies, both reserves, for helping to stave off elimination.

In Michael Malone’s never-ending quest to find a defensive formula capable of slowing Utah’s rollicking offensive attack, he turned to first-years Michael Porter Jr. and P.J. Dozier for the majority of the second half Tuesday night. Together, they rode alongside Nikola Jokic, Jamal Murray and Jerami Grant to force a do-or-die Game 6 on Thursday.

Both rookies rewarded their coach’s confidence in the form of physical, aggressive defense that helped hold the Jazz to just 44 points the entire second half on only 43% shooting from the field.