Michael Malone on Michael Porter Jr.’s rookie season: “He still has a chance to be a great player” 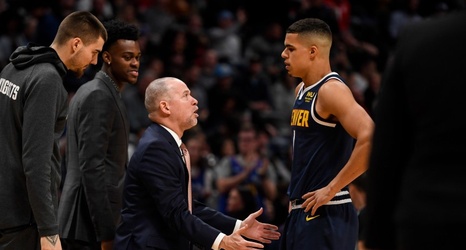 The highly-anticipated rookie season of Nuggets forward Michael Porter Jr. might be over.

Ask coach Michael Malone for an honest assessment of Porter’s performance and the response is mixed.

“I think of a young man that probably had a very frustrating year individually,” Malone said Tuesday on a Zoom teleconference video call with reporters.

Porter, the Nuggets’ 14th overall NBA draft choice (2018), twice removed from back surgery, reached what could be the conclusion of his first playing season with pedestrian numbers (7.5 points, 4.1 rebounds, 0.7 assists) while averaging just 14 minutes off the bench.