Michael Malone, Nuggets on coronavirus precautions: Games without fans would be “pretty boring” 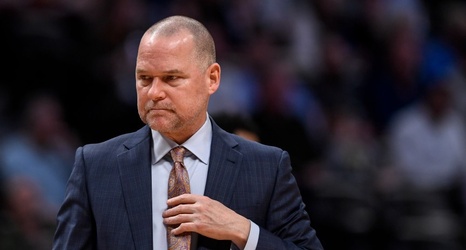 DALLAS – The first sign of a “new norm,” as Nuggets coach Michael Malone referred to it in the wake of the coronavirus outbreak, came Tuesday as the team was flying to Dallas.

Team trainers wore gloves and mopped down seats with sanitizing wipes in an effort to protect Denver’s traveling party. Customary amenities like pillows and blankets were kept stowed away.

The next sign came after Wednesday morning shootaround, when Malone walked into a remote room at American Airlines Center and took a seat at a podium. New NBA media protocol called for a 6-8 foot barrier between the players and coaches and assembled media.