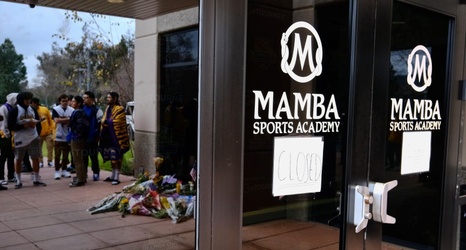 LOS ANGELES — The Southern California sports academy previously co-owned by the late Kobe Bryant has retired his “Mamba” nickname and rebranded itself nearly four months after the basketball icon’s death in a helicopter crash.

Bryant, his 13-year-old daughter Gianna, and seven others were killed as they flew to a basketball tournament Jan. 26 at the Mamba Sports Academy when the chopper crashed in thick fog northwest of Los Angeles.

The Thousand Oaks-based facility announced Tuesday it would return to its original name of Sports Academy and retire the “Mamba” name to the rafters. The academy was founded in 2016; Bryant, who spent 20 seasons with the Los Angeles Lakers and helped the franchise win five NBA championships, joined in 2018.