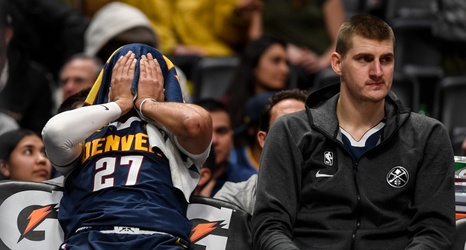 The Nuggets are living a lie. Doesn’t make them bad people. It’s simply what we humans often do when the truth is inconvenient.

Denial and delusion lead players to say silly stuff nobody in the NBA truly believes, including the guys who lace up their sneakers in the Denver locker room. For example:

“We’re not soft. We’re just playing like it,” claimed guard Jamal Murray, after the Nuggets blew a 15-point lead in the third quarter and were roasted like marshmallows by a G League team formerly known as the Golden State Warriors.