Kiszla: Nastiness of Nuggets-Blazers playoff series can be summed up in single four-letter word: Melo. 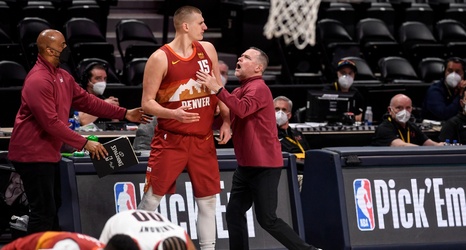 Welcome to The NBA After Dark, where Melo is uttered like the foulest four-letter word imaginable, Nurk acts like a knucklehead and your kids should probably be tucked safely in bed before Joker goes off on the refs again, chewing on them like a Serbian bear.

Not to suggest the Nuggets and Blazers have developed genuine hate for each other, but maybe the rest of this bone-crushing, trash-talking playoff series should be staged inside an octagon rather than on a basketball court.

Denver’s 128-109 victory in Game 2 had more gratuitous violence than a Quentin Tarantino movie, with nasty cheap shots, icy stare downs and all the chippy stuff that makes us shameless suckers for … hockey.