Keeler: Nuggets’ Nikola Jokic, back-to-back NBA MVP, is now greatest Denver athlete without a ring. But like John Elway, Peyton Manning, he won’t win one by himself. 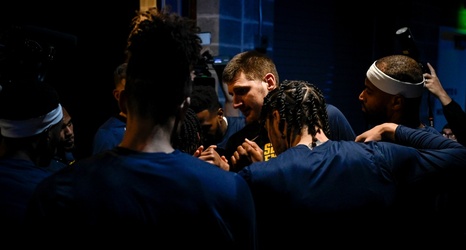 Take Nikola Jokic off the Nuggets, they’re the Detroit Pistons.

It takes a village to win a ring. Joel Embiid can kick it to James Harden. Giannis Antetokounmpo runs with Khris Middleton and Jrue Holiday.

If you doubled Jokic, on a roster that was missing Jamal Murray and Michael Porter Jr., who was going to make you pay? Aaron Gordon? Monte Morris? Will Barton?

Embiid and Giannis are legends. Hall of Famers. Legends who’re still kicking in the NBA Playoffs right now because they’re rolling with other Hall-of-Famers.

The Joker isn’t the NBA MVP for a second straight year because the nerds suddenly took over the awards voting.