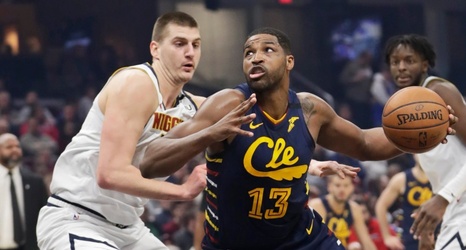 CLEVELAND – With nothing to lose and an upset to spring, the pesky Cavaliers did it again.

After taking down the Nuggets on the road in January, the Cavaliers held court and swept the season series Saturday night with a 104-102 win. One game after draining the game-winning jumper in Charlotte, Jamal Murray’s baseline try came up short, and the Nuggets fell to 42-21 on the season and 18-13 on the road.

Despite a late 3-pointer from Will Barton, who managed a team-high 22 points, Denver’s 19 point-fourth quarter wasn’t enough. Gary Harris added 18 on 7-of-8 shooting, and Murray managed 17 points, seven assists and five rebounds, however, their offense was again bogged down by 18 turnovers.