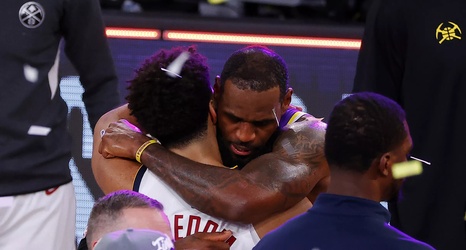 It’s a tough pill to swallow for Denver Nuggets fans as Jamal Murray, Nikola Jokic, and the Nuggets will exit the bubble following a Game 5 loss to the Los Angeles Lakers. It hurts. After the team fought back as hard as they could in the first and second rounds, it was clear that they had given everything to be here and were just running out of steam. The Lakers earned the right to advance, and it came down to having the best player in the world.

It didn’t matter how much attention the Nuggets gave to LeBron throughout this series, because the King is the King, especially in closeout games.