Facing the new reality without basketball 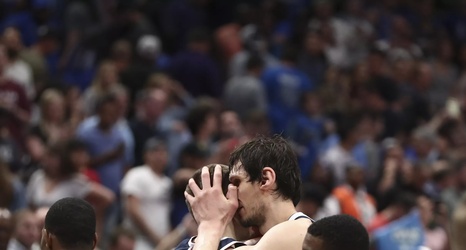 Before the NBA suspended the season last Wednesday we were all chilling in Pompeii, cognizant of the volcano in our backyard but paying little attention to the possibility of it actually erupting.

When Rudy Gobert was diagnosed with COVID-19 the volcano exploded. Just like that we were thrust into a new reality, not just in sports but in our own lives.

We’ve all gone without basketball before. Everyone jokes about how horrible the five days are after the All-Star game. We endure summers without actual games, bolstered by the draft, free agency and Summer league. We even survived the 2011 lockout under the grassroots “basketball never stops” campaign as NBA players organized pick-up games and underground leagues in the meantime.