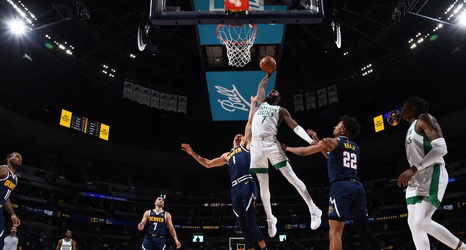 The Denver Nuggets (34-19) eyed their ninth consecutive win as the Boston Celtics (28-26) rolled into town Sunday.

Michael Porter Jr began the game with a quick transition three and both of Denver’s baskets gaining a 5-2 advantage. The Nugget defense was active early holding the Celtics to 2-12 shooting midway through the first quarter. Michael Porter Jr. scored nine of the Nuggets first sixteen points after going scoreless in the first meeting between the Celtics.

After an 11-0 Nugget scoring run, the Celtics battled back with a couple baskets inside the paint.