Denver Nuggets Tweet of the Week: The players reflect on the season 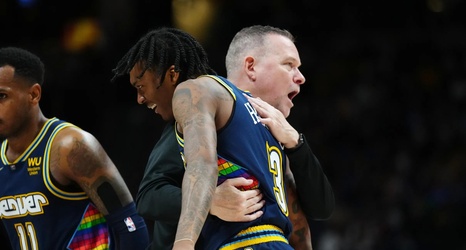 Unfortunately, the Denver Nuggets’ offseason has come sooner than fans had hoped following elimination from the playoffs in the first round against the Golden State Warriors. It’s been a roller coaster of a season for fans, as we cheered during Jokic’s ascension to the top of the MVP conversation while at the same time bemoaning the team’s horrendous luck with regard to injuries. All and all, though, fans have a lot to be proud of for how the team performed in the face of adversity. Fans should also be grateful for having a team so willing to share their thoughts with the fans.